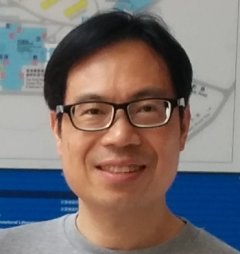 Shing-Chi (S.C.) Cheung received his Bachelor’s degree in Electrical and Electronic Engineering from the University of Hong Kong, and his PhD degree in Computing from the Imperial College London. After doctoral graduation, he joined the Hong Kong University of Science and Technology (HKUST) where he is a professor of Computer Science and Engineering. He founded the CASTLE research group at HKUST and co-founded in 2006 the International Workshop on Automation of Software Testing (AST). He serves on the editorial board of Science of Computer Programming (SCP) and Journal of Computer Science and Technology (JCST). He was an editorial board member of the IEEE Transactions on Software Engineering (TSE, 2006-9) and Information and Software Technology (IST, 2012-5). He participates actively in the program and organizing committees of major international software engineering conferences. He chaired the 19th Asia-Pacific Software Engineering Conference (APSEC) in 1996, 1997 and 2012. He was the General Chair of the 22nd ACM SIGSOFT International Symposium on the Foundations of Software Engineering (FSE 2014). He is an extended member of the ACM SIGSOFT executive committee. He owns four patents in China and the United States. His research interests lie in boosting the quality of software applications using program analysis, testing, debugging, synthesis, repository mining, and artificial intelligence. Target applications include Android apps, open-source software, deep learning systems, smart contracts and spreadsheets. He is a distinguished member of the ACM and a fellow of the British Computer Society.